The NZPsS is governed by and Executive made up of members elected by the membership. The Executive has the overall responsibility of determining the strategic direction, policies and priorities for the Society. The Executive is made up of twelve members including the Executive Director who is an ex officio member.

The NZPsS Rules (PDF)  underpin the governance of the NZPsS.

Minutes from Executive Meetings and other information can be found on this page. 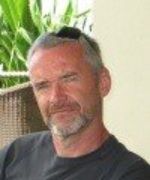 Dr John Fitzgerald
President
John completed his clinical psychology training at University of Birmingham (UK) before moving to New Zealand in 1992. He spent 8½ years with the CAMHS service in New Plymouth, was Director at The Psychology Centre, Hamilton for 13 years and is now senior lecturer at Massey University in Wellington. He has chaired the Institute of Clinical Psychology, edited the New Zealand Journal of Psychology since 2010, and is a Fellow of the Society. In addition to broad and ongoing clinical and supervision practice he is an active researcher with special interest in change/outcomes in therapy, suicidality and self-harm, family therapy, psychology in primary care settings, and a range of professional and ethical issues.

Diane Bellamy
Director of Professional Issues
Diane is a registered counselling psychologist and has worked in tertiary education, the Ministry of Education and as a prior ACC counsellor in NZ. She migrated to Dunedin 14 years ago from Melbourne, where she completed a Masters in Forensic Psychology and a Post-Graduate Diploma in Community Psychology. Diane has over 25 years practice as a psychologist and is current Chair of the Otago-Southland Branch. Through her varied career and responding to critical incidents such as: the Port Arthur massacre; bush fires; workplace assaults and injuries; suicides; and family violence, Diane has developed a strong interest in applied positive psychology and values the research findings on resilience which inform her practice. She has worked as a training consultant, is a member of the Institute of Organisational Psychology and she has been active in various leadership roles. She supervises registered psychologists and other professionals through her private practice in Dunedin. Most recently she was appointed to be on a Registration Board Competency Panel.

Dr Hukarere Valentine
Director of Bicultural Issues
Dr Hukarere Valentine is of Māori descent and born and raised in Heretaunga, Ngati Kahungunu and affiliates to the tribes of Ngāi Tahu, Te Ātiawa, Tūwharetoa ki Kawerau, Ngāti Awa, Ngāi Tūhoe, and Ngā Puhi. Hukarere has been a practicing clinical psychologist now for almost 12 years and has worked within the areas of forensics, mental health, student research, clinical and cultural supervision, chronic health conditions and psycho oncology. Currently Hukarere is the Haumaru Tautoko Hauora within the Health conditions and cancer psychology services in the Massey Psychology Clinic Turitea campus. Hukarere is also involved in the Clinical Psychology training program at Massey University, with a specific focus around the incorporation and advancement of a bicultural component within the Clinical Psychology programme. Her research interests specifically centre on the consideration and development of Māori models of psychological practice with a particular passion for wairua (spirituality) and wellbeing. Her Doctorate of Clinical Psychology research thesis was oriented toward this focus.

Fiona Howard
Director of Professional Development and Training
Fiona Howard is a Clinical Psychologist and Senior Tutor in the Doctoral Programme of Clinical Psychology. Her role involves the oversight and organisation of the clinical internships for doctoral students. She also teaches at both undergraduate and postgraduate levels. Fiona’s teaching and research specialties and lie in the fields of professional supervision, adult mental health, addictions, positive psychology, self-care, resilience building and leadership for health professionals. She also works in part-time private practice seeing people for individual therapy and supervision. In addition to this Fiona has been providing training workshops in clinical supervision for over 15 years, facilitating workshops and providing consultancy for many health professionals and organisations including District Health Boards, CYFS, Department of Corrections, Ministry of Education, ProCare, Explore, as well as University programmes within New Zealand. Over the past twenty years Fiona has attended numerous conferences and courses on supervision in the UK and USA.

Dr Pikihuia Pomare
Director of Bicultural Issues
Ko Te Rarawa, Ngāi Te Rangi, Ngāpuhi, Ngāti Pūkenga ngā iwi. Nō Hokianga me Tauranga Moana ahau. Dr Pikihuia Pomare is a Clinical Psychologist and Kaupapa Māori Psychology Lecturer at Massey University. She previously worked in the School of Psychology at the University of Auckland as the coordinator of Māori and Pasifika programmes and has lectured in undergraduate and postgraduate courses for a number of years. Pikihuia worked as a Clinical Psychologist in Māori services with young people, adults and whānau in the wider Auckland region. Her clinical and research interests include Mātauranga Māori, Tamariki and Rangatahi (child and youth) mental health and wellbeing, whanaungatanga and engagement in Mental Health and Māori focussed interventions for trauma and emotional distress including Māori Mindfulness. Her doctoral research explored engaging Māori in Child and Adolescent Mental Health services based in Counties Manukau DHB. Pikihuia is a proud graduate of Kōhanga Reo and Kura Kaupapa Māori (Māori immersion schooling). She is passionate about te reo, tikanga and mātauranga Māori.

Brian Dixon
Director of Scientific Affairs
Brian spent his formative years in the Bay of Plenty and Waikato. He completed his clinical psychology training and Masters in community service evaluation at the University of Otago. As a senior psychologist in the Hamilton office of the Department of Justice Psychological Services, Brian developed CBT-based residential programmes for violent offenders and when he became Otago/Southland’s Regional Senior Psychologist, was awarded an ANZAC Fellowship to study specialised offender treatment programmes. Since 2001, Brian has been on Otago’s clinical psychology training programme staff and operates a private practice in Dunedin. His research and professional interests include: professional ethics, treatment applications of virtual/mixed reality systems and climate psychology. He was on the NZPsS Ethical Issues Committee for 14 years and its convenor for nine, during which time he actively campaigned for radical changes to the Code of Ethics, which resulted in the current Code. Brian is a Fellow of the Society, a member of the Society’s Climate Psychology Task Force, a member of the Institute of Clinical Psychology and was a founding member of the Institutes of Community and Criminal Justice Psychology. He was Otago-Southland Branch chairperson for 10 years and was a member of the former Council of the Society.

Tania Anstiss
Director of Social Issues
Tania Anstiss is a clinical psychologist and Principal Psychology Lead at Waitemata DHB. She is also a parenting programme consultant for the national Child and Adolescent Mental Health Workforce Centre – Werry Workforce Whāraurau, and with the Ministry of Education. Her roles include training and mentoring practitioners delivering evidence-based interventions for whānau. A specific focus and interest area for Tania is working in partnership to support kaimahi Māori in their weaving together of Te Ao Māori and western approaches in supporting whānau with their parenting role.

Professor Angus Hikairo Macfarlane
Kaihautū
Angus Hikairo Macfarlane affiliates to the Ngāti Whakāue iwi (tribe) in the north island of New Zealand. He is Professor of Māori Research at the University of Canterbury (UC). His research focuses on Indigenous and sociocultural imperatives that influence education and psychology. His prolific publications portfolio and exemplary teaching abilities have earned him national and international standing in his field of scholarship. Over recent years he has been a recipient of national research, teaching, and service awards and in 2017 was UCSA’s ‘postgraduate supervisor of the year’. Angus holds leadership roles on two National Science Challenges and the Māori Centre of Research Excellence, Ngā Pae o te Māramatanga.

Dr Pamela Hyde
Executive Director
Pamela joined the Society as its Executive Director in 2007 and is responsible for the management of the organisation. She has a background in education, management and consultancy in the health/education sector. She was national director of stage one and postgraduate rural general practice education for the Royal New Zealand College of General Practitioners for a number of years and has held positions at the University of Otago and the Central Institute of Technology.

The NZPsS is managed by an Executive Director who supports the Executive in its work and is an ex officio member of the Executive. National Office staff’s work centres around supporting the NZPsS to provide services and benefits to members and information to the public.

Members and student subscribers can join professional institutes and can participate in the activities of local branches.

The Society has established a National Standing Committee on Bicultural Issues(NSCBI) to advise on appropriate cultural development. In addition the NSCBI contributes to the functioning of the Society, through regular contributions to publications, advice to the Executive and providing advice and expertise in relation to workshops on cultural justice and biculturalism. The NSCBI provides advice and direction to the Executive in relation to the Society’s bicultural commitment.

Past Presidents of the NZPsS (PDF)

Rules of the Society

The Rules of the Society (PDF) guide the governance and activities of the NZPsS. NZPsS Institutes are also governed by a set of Rules.

The NZPsS AGM is held at the NZPsS Annual Conference in August/September each year. Members of the NZPsS who are, Full Members, Life Members, Associate Fellows and Fellows may vote on items of business conducted at the AGM.